Why the name Costa?

I was going through my old stuff some time ago, and found my old notebook. I used it to take notes when I was first learning to program, from 2001-2004. It was very interresting to read through my old notes, but one of them in particular caught my attention.

It was a note from back when I was trying to figure out a name for my GUI. Let me reveal a little secret for you: Although “Costa” is pronounced like a word, it used to be short for something. This scan of the note reveals what: 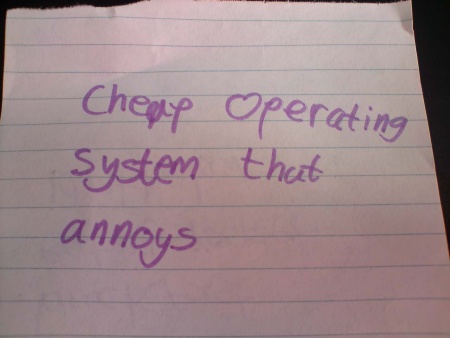 So, there you have it. I do of course realize that Costa isn’t, an never was, an operating system. But I was quite young at the time, so bear with me on that. And maybe there should have been a “you” or something at the end of that sentence, but that would have ruined the acronym.

And how’s it pronounced? Well, best I can describe it in writing would probably be a contraction of the words “the cost of a house”.