New UI design in the works 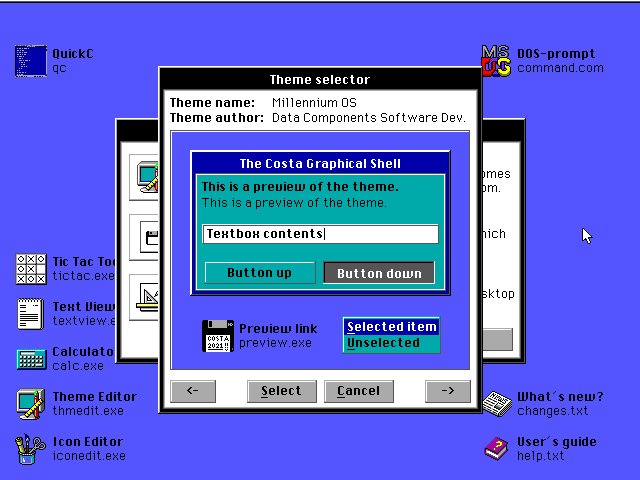 It’s been a while since there’s been news on the development of Costa. But the last couple of days have yielded some newsworthy developments.

Firstly, the entire UI code - that is, the code that draws windows, buttons etc. - has been rewritten. Costa now uses the same UI as version 0.9.4 did, but with the addition of themes. All existing themes have been ported to the new UI, and I think they look great!

Now, some may wonder why I felt the need to change this all of a sudden. The answer is simple - someone linked to Costa on a blog, and called it a “Windows clone”. My first reaction was to think that statement was wrong, but comparing a few screenshots to Windows 95 shows that Costa quite clearly is a clone. So now I am going to move away from that design, to something of my own making. I want to give Costa its own unique expression. That also means that I’ll be looking at a lot of the icons, to fully redesign everything. That’s going to take a while, naturally, and so I expect it to happen over time.

Secondly, I have updated Tic Tac Toe. You can now enable audio via the PC speaker in the game. You’ll get sounds when you put down X’es and O’s, and three different tunes depending on the outcome of the game. It’s a small feature, really, but it really does breed more life into the game when there’s some audio feedback.

Oh - and Tic Tac Toe will now save its state between sessions, meaning you can come back and finish a game if you should ever happen to be in a situation where you can’t finish a game that typically lasts less than a minute.

Let’s finish this post with a photo of Costa being tested on physical hardware! Pictured below is Costa running happily along on an IBM PS/2 model 55SX. This specific machine has a 16 MHz Intel 386 processor, 8 megabytes of RAM and a 120 megabyte harddrive. 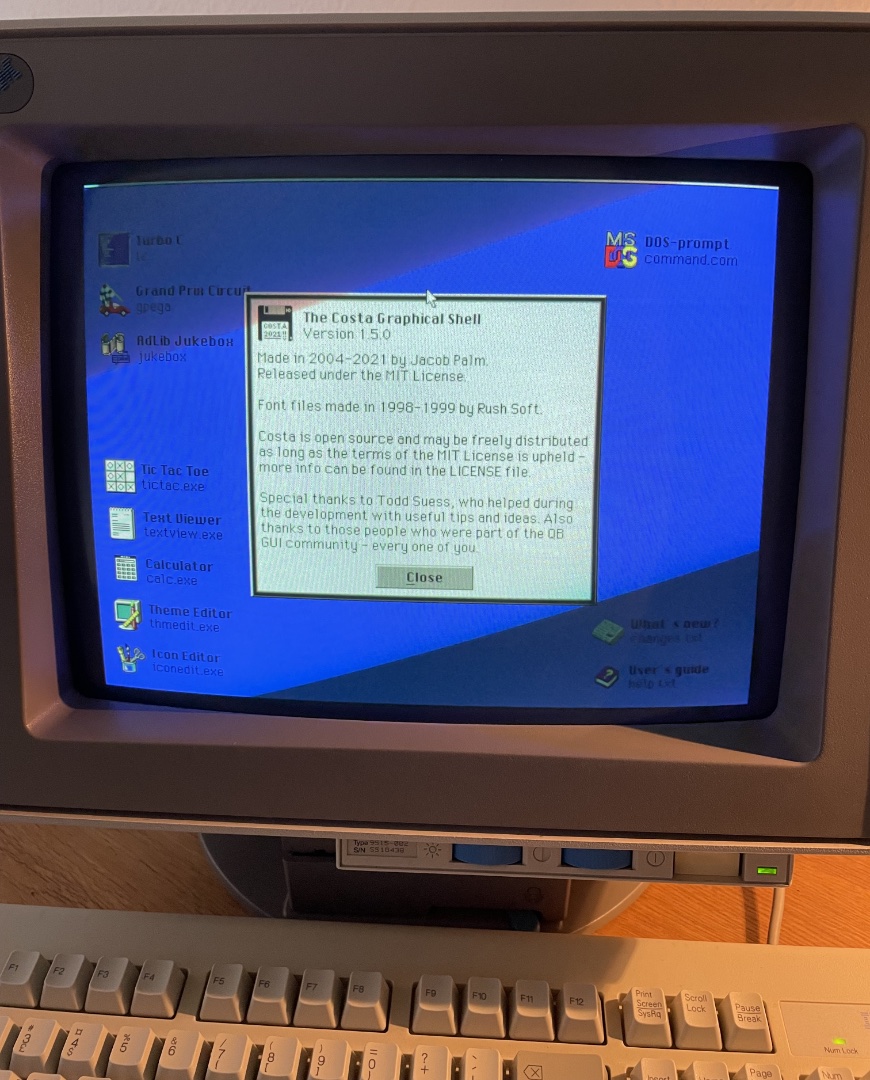